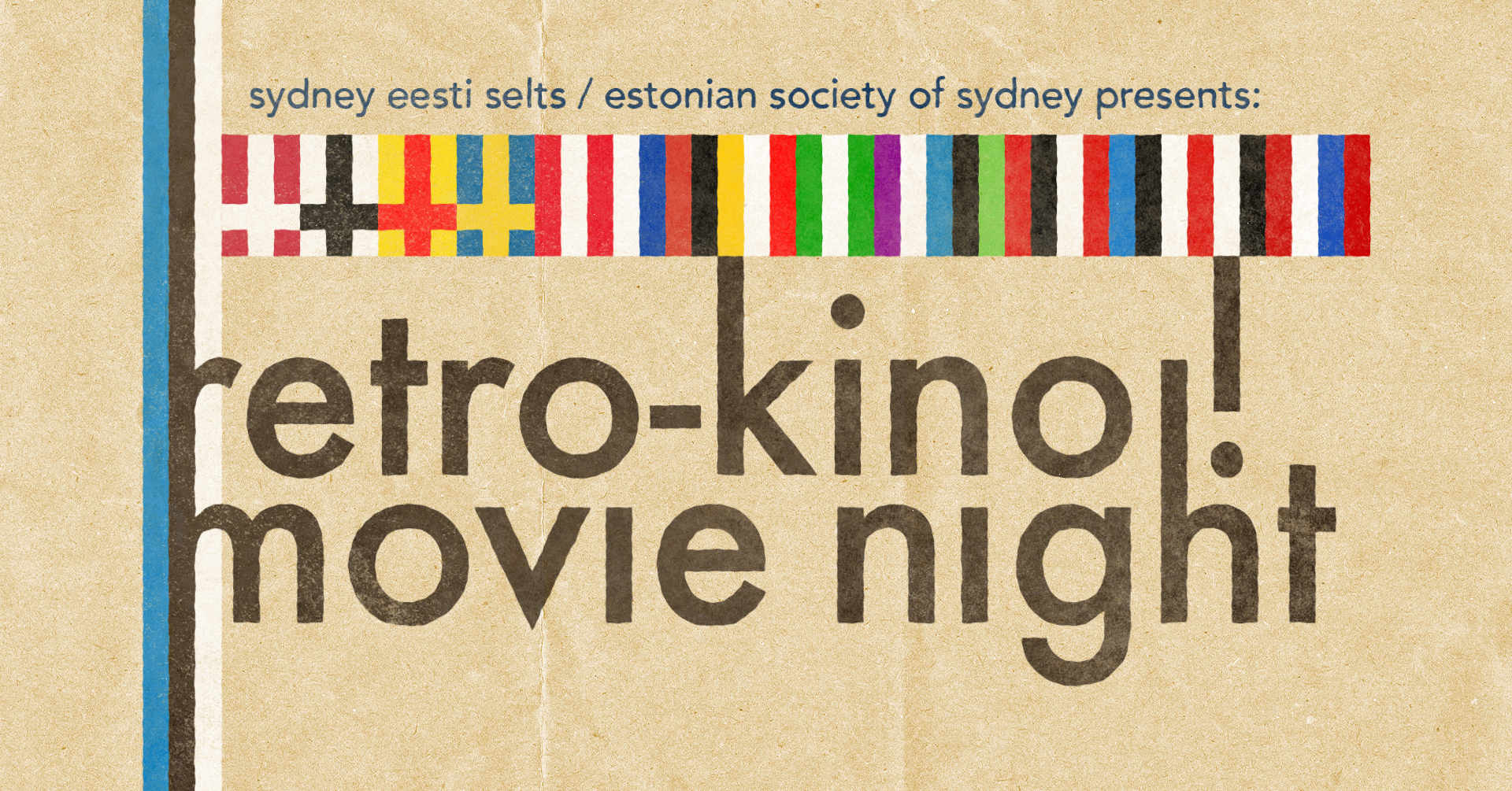 retro-kino! is a new monthly screening format to go alongside our regular kino! Movie Nights at Sydney Estonian House. Occurring each third Sunday of the month, Estonian feature films made between 1914-1991 will be showcased alongside a related short with some additional context and commentary about each film.

retro-kino! for June will be screening:

Omad / True, directed by Marta Pulk, is a dark comedy short film set in a doctor’s office where five strangers wait in line for their appointment. The cold atmosphere awakens their hidden fears and complexes. In a changing world, even an innocent joke is enough to trigger an avalanche.

Hukkunud Alpinisti Hotell / Dead Mountaineer’s Hotel directed by Grigori Kromanov is an acclaimed cult sci-fi detective film based on the sci-fi novel “Dead Mountaineer’s Hotel” by brothers Arkady & Boris Strugatsky. When police officer Glebsky prepares to spend a peaceful night in a lonely alpine hotel, he has no idea of the eccentric guests he will meet; Hinckus with TB, physicist Simone, the respectable Mr and Mrs Moses and the mysterious hotel manager Alex.

Credited as the first Estonian sci-fi film, it was ahead of its time in terms of style, structure and theme with neo-noir cinematography and Sven Grunberg’s dreamy synth score. The unlikely fusion of sci-fi, thriller, and mystery genres is strikingly modern and extremely daring.