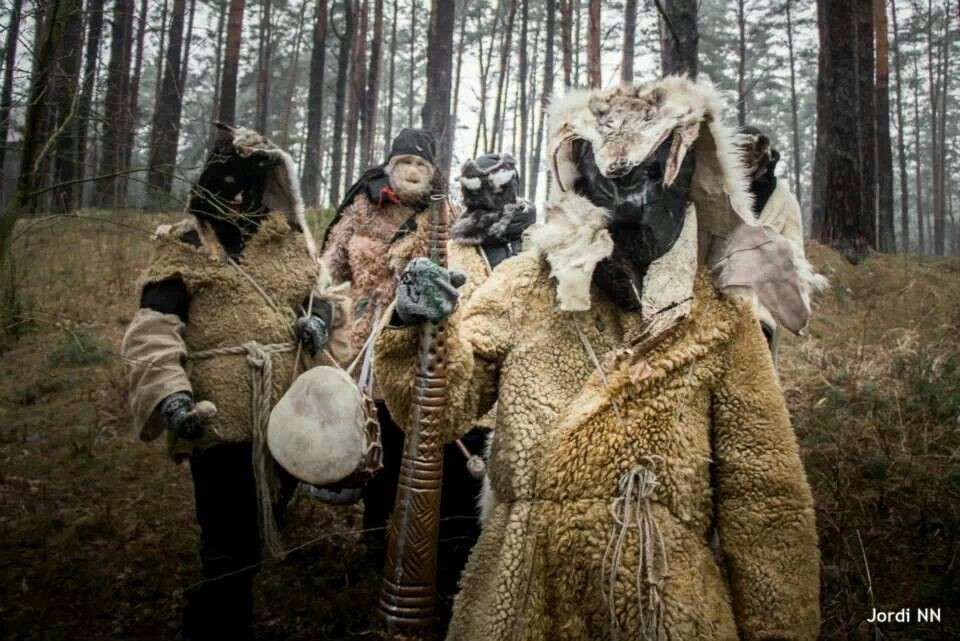 Martinmas is a male holiday, since it honors a male saint, St. Martin who was the patron of beggars and this has contributed to the Western European custom of begging for charitable gifts on this day. Originating in France, the tradition spread to Germany then later to Scandinavia and the Baltics. It signifies the merging of Western European customs with the local Balto-Finnic pagan traditions. Celebrating the end of the field work and the beginning of the harvesting period. Following these holidays, women traditionally moved their work indoors for the winter while men proceeded to work in the forests.

Celebrated across the 10th and 11th of November, around the time of year when autumn wheat seeding was completed and the annual slaughter of fattened cattle produced “Martinmas beef” and when geese are ready for killing. The custom of eating goose spread to Sweden from France however in the peasant community not everyone could afford to eat goose, so many ate duck or hen instead.

On St. Martin’s Eve (November 10) bonfires are built, children carry lanterns in the street after dark, signing songs for which they are rewarded with candy. In Estonia, Mardipäev has been one of the most important and cherished days in the folk calendar. It remains popular today, as it celebrates the end of the agrarian year and the beginning of the winter period.

Martinmas marks the end of the period of All Souls, as well as the autumn period in the Estonian folk calendar when the souls of ancestors were worshipped, a period that lasted from November 1 to Martinmas (November 11). On this day children disguise themselves as dark monstrous beasts and ragged men – going from door to door, singing songs and telling jokes to receive sweets. Doings the rounds dressed as a mummer or actor (mardijooks) is an ancient international custom which evolved from collecting gifts for monasteries during medieval times.

There was a family, customary to do the rounds as a family led by the mardi-father and mardi-mother. The latter was appreciated for her singing skills and eloquence, both necessary qualities. The mardi-father was the most important character. The children mostly took a concertina with them, as it was easy to carry. Violins and harps were also important instruments. Moving from one house to another, they made even more noise by playing trumpets or clashing pans, as this was supposed to ward off all evil.

Dancing in circles, pairs or alone, the children would also ask the members of the family to dance with them. After making their rounds they all gathered in an inn or on a farm to hold a party which could turn into a village hop (simman) at which music and dancing were essential. Nowadays, clothing is not dominated by black but anything that will disguise oneself. To ask permission to enter, they usually sing a special song at the door called Mardilaul.

Martinmas supper, involves the eating of many rich foods, especially meat products. Most Estonians instead ate other types of birds, such as chicken. Some also ate pork and lamb for St. Martin’s Day. It was also common to eat grain, flour or blood sausage on St. Martin’s Eve in Estonia. A lamb, pig, or goose was slaughtered and roasted, blood dumplings (verikäkid) were made and õlu was brewed. Today the name mardipäev is synonymous with Halloween.