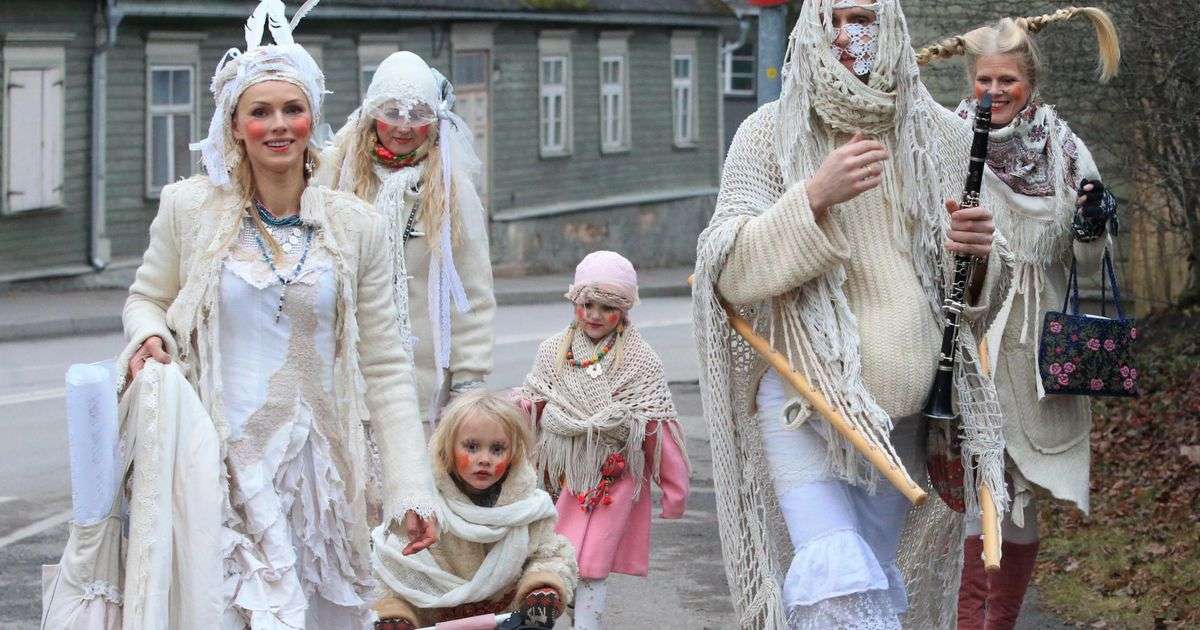 Kadripäev is an anniversary of the old folk calendar with many different customs. The feast and celebration takes place on the 25th November and is named after St. Catherine, the patron saint of sheep. The day has always been a women’s holiday, marking the end of women’s work with cattle for the year (as women had to work longer than men).

As the female version of Mardipäev it features similar activities for the children. Instead of wearing animal masks, revellers of both genders dress as women in light coloured clothing and red cheeks. Masks could also be worn, along with lace and jewellery. The kadrisants (kadri beggars) aka kadris go from door to door on the night to collect gifts in return for poems, songs and blessings. In the 1800s, handicrafts were given out and later food, sweets and also money became increasingly popular gifts. In return for the kindness of the gift giver, the kadrisants blessed the homes by spraying and scattering water or grain, singing and dancing. All this was supposed to bring fertility and happiness to their herd of cattle. The kadrisandid would also check whether the hostess had done her house work for the past year and if the family members had reading and writing skills.

Chicken was served, cabbage couldn’t be eaten otherwise there wouldn’t be enough to last the winter. The traditional food of Kadripäev has been porridge and in some areas pork and lamb. Oatmeal porridge or traditional kama with peas and beans cooked with salt are also served.